CAM In The Media

Ms. Pollicella has been a dedicated advocate to the promotion of a safe and regulated medical marihuana industry in Michigan since she began representing patients and caregivers in the community in 2009. In 2012, she penned an op-ed to her local paper about the practical consequences of a recently published appellate court decision, and the piece was noticed by the Culture editorial staff. She was asked to contribute monthly articles for the Michigan edition’s Legal Corner beginning with her February 2013 “So You Think You’re A NonProfit.” She has been providing timely and insightful looks into the state’s developing marihuana laws for Culture’s Michigan readers ever since. 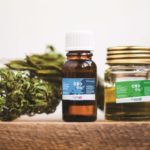 Convoluted Laws January 31, 2019 - Michigan’s rules on CBD derived from cannabis vs. hemp conflict While cannabis legalization was the clear focus of Proposition 1 in November 2018, industrial hemp legalization seemed like the no-brainer add-on. There is virtually no tetrahydrocannabinol (THC) in hemp, so it has already been unfairly burdened with the mantle of CSA Schedule I for far… Read More 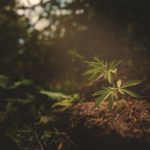 Maintaining Awareness October 14, 2018 - Provisioning centers face many rules for the sale of infused cannabis foods Anyone who has been present at pre-licensing inspections has had a front row seat to the awkward transitioning of the unregulated dispensary community that proliferated throughout Michigan prior to the Medical Marihuana Facilities Licensing Act, to the current licensed and highly-regulated medical cannabis… Read More 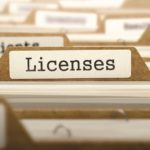 The Liability of Limits April 5, 2018 - The future of cannabis in Michigan lies with the licensing process We know that the lynchpin of the Medical Marihuana Facilities Licensing Act (MMFLA) was “local control,” meaning that representatives and senators from more conservative districts could go back to their communities and say, “Don’t worry. You don’t have to do this marihuana stuff.” This… Read More 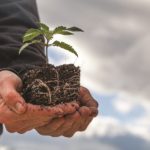 New Developments February 2, 2018 - Surprise capitalization requirements leave Michigan cannabis business owners scrambling   The unmistakable theme of the Medical Marihuana Facilities Licensing Act (MMFLA) was imbued in one of its clearest clauses—the prohibition against the capping of licenses by the state. A feature distinguishing it from most other states whose systems are brazenly monopolistic by design, this effort… Read More