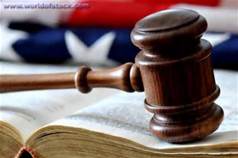 Will marijuana get on the next statewide ballot — or will efforts to legalize it go up in smoke, again?

There’s a nationwide movement to legalize cannabis, leaving some to question if it could come to Michigan.

Among them, California and Florida.

But where does that leave Michigan?

As you may recall there were several bids to put it on our ballot on Tuesday, but they didn’t get enough signatures.

It would legalize small amounts of recreational marijuana.

The people here at the Michigan Cannabis Development Association deal mainly with medical marijuana. But one of the organizers feels it’s just a matter of time before Michigan approves it, too.

Howell attorney Denise Pollicella says “there’s no question that the people of Michigan and they’ve been polled on this and largely support recreational marijuana, and see the economic benefit. But I think that if the people put it on the ballot on 2018, it will certainly pass..

Pollicella says laws will change for medical marijuana in our state next month.

This conference, at a Mundy Township Holiday Inn, explains the new laws and what that means for patients, growers and sellers.

The bottom line here: it’s a growing business in our state. (pardon the pun)

And there is money to be made on the medical side.

But because of new regulations, it won’t be easy.