The Future of Medibles in Michigan

The Future of Medibles in Michigan 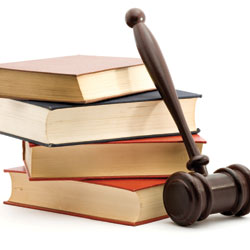 On June 11, 2014, the Michigan Supreme Court denied  Carruthers’ application for leave to appeal the July 2013 People v. Carruthers appellate court decision which removed MMMA protections for non-smokable forms of cannabis and clarified the MMMA’s definition of “usable”. As of now, medibles and oils remain illegal and, with a Supreme Court review now off the table, we must now rely solely on our legislature to remedy this injustice.

Since the first case litigating the MMMA, resin-extracted cannabis products were not on most folks’ radar as one of these infamous “gray areas.” Like throwing your meds in the glove compartment or growing plants outside, medibles and oils seemed to be a natural and common sense component of the protections intended by the voters. Michigan’s courts, however, as attorneys know and the cannabis community has learned, rarely have interest in exploring what was intended, instead concentrating on what was written.

In one of Michigan’s most befuddling opinions on the topic to date, the Carruthers panel used well-trodden but misplaced construction tenets to effectively recriminalize medibles. But while some of the many restrictions placed on the MMMA are just a maddening inconvenience, the Carruthers opinion is disturbing. We are not fine-tuning the profit model here, or parsing the finer issues of insurance and taxation. People are seriously ill and dying, and oils and extracts were helping them.

It is difficult to believe that had the July 2013 appellate panel considered the practical ramifications of its decision it would have still made criminals out of brain stem tumor patients and desperate parents of children suffering life-long debilitating illness. While it may be easy to look up legal
precedent, it is no easy thing to look at a mother and tell her she must choose between her child and committing a crime. Fortunately, State Representative Eileen Kowall did not. And since her HB5104’s swift and decisive passage in the State House, it seems now that Senator Randy Richardville has not gone untouched either. Strong advocacy and powerful testimony appear to have resulted in positive forward motion for non- smokable forms of cannabis.

One can speculate that the Court’s refusal to hear the Carruthers case is due to the pending legislation, but this is no excuse. The Court should have taken this case up purely on public policy considerations. It is now more clear than ever that the people of this state can rely neither on their courts nor their administration to support and protect them, even when we put it in writing. So we look with hope to the Senate and to September, and a legislature that protects the state’s sickest and most vulnerable, instead of vilifying them. (Hint: This is the part where you call your state senator … )